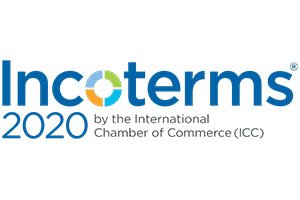 The Incoterms® rules are a globally-recognised set of standards, used worldwide in international and domestic contracts for trade transactions for the delivery of goods..

The International Chamber of Commerce (ICC) chose its centenary year 2019, to launch the 9th version of the Incoterms, the Incoterms 2020..

While Incoterms® 2020 is the latest version, all contracts made under Incoterms® 2000 and any other previous editions remain valid and parties to a contract for the sale of goods can agree to choose any version of the Incoterms® rules as long as the version used is clearly specified in all trade and sales documentation.. ICC recommends using the most current version of the rules, Incoterms® 2020..

The rules have been developed and maintained by experts and practitioners brought together by ICC to help traders avoid costly misunderstandings by clarifying the tasks, costs and risks involved in the delivery of goods from sellers to buyers.. The Incoterms® rules are recognised by UNCITRAL as the global standard for the interpretation of the most common terms in foreign trade..

Bob has compiled a series of short explanations of various matters critical to understanding and using the Incoterms® 2020 rules in the real world of trade based on various questions he has received about the correct application of the rules.. Some of these questions and explanations are being reproduced on this platform with kind permission from Bob Ronai..